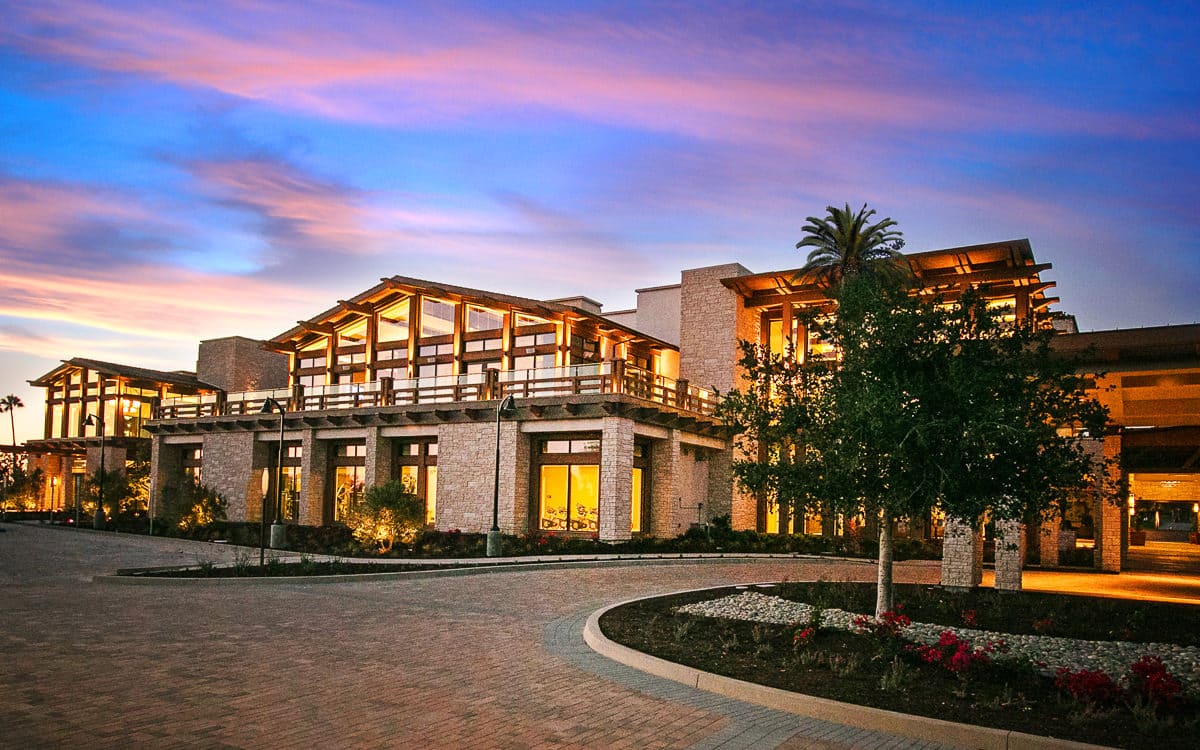 01 May Newport Beach Country Club – Clubhouse of the year

Posted at 06:00h in Publications by admin-kla
0 Likes

Newport Beach Country Club is a home away from home for its more than 900 members, so it’s no surprise that they would want a state-of-the-art facility with a wide range of amenities and a welcoming, gracious atmosphere.

The new, 56,000-square-foot clubhouse has transformed what was a golf-only club into a full-service, family-friendly venue with fitness, aquatics and dining and banquet facilities that appeal to a broader range of members.

Designed in the California Coastal Craftsman style, the new clubhouse exudes casual sophistication. A variety of native plant materials was used, and the architecture is dominated by stone with crafted wood and detailed interior finishes.

The building site was elevated to make the most of the panoramic ocean views. Verandas and patios flow from dining and meeting rooms, creating an indoor-out-door feel that takes advantage of Newport Beach’s year-round climate.

“The architect encapsulized our goals by creating a building that’s the opposite of stuffy,” said Membership Director Clint Cook. “The floor-to-ceiling windows allow a lot of light into the building. It’s open and airy.”

The interior design uses cedar and softwoods, with extensive gable roof overhangs. Natural color plaster was used on the interior walls to avoid painting. The building exceeds California’s stringent energy-usage requirements by approximately 10 percent, in part by using a “cool” roof with extra-thick insulation and LED lighting. Water from the site is channeled, via continuous landscaping features, to a bio-filter system, and all of the clubhouse landscaping is irrigated with 100 percent reclaimed water.

Cook said the feedback he’s received has been overwhelmingly positive, and the facility has generated a renewed enthusiasm for the club among members.

“When I started here five years ago, we had 10 to 12 names on a list of members wanting to sell their memberships,” he said. “Now we have 50 names on a waiting list to join.”